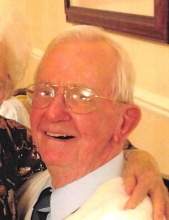 Charles William Drys of Canton, formerly of Livonia, MI, and Tampa, FL, died September 15, at the age of 93. He was born in Dearborn, to Carl and Minnie Drys. Chuck is the beloved husband of the late Shirley Drys, who died in 2016. Chuck is survived by his two loving children Kathleen (Joe) Garrett, and Greg (Rose) Drys, his precious grandchildren David (Wendy), Jennifer (Randy), Jeff, Michelle, and Tom, and 5 dear great-grandchildren.

Chuck proudly served his country in the United States Army during World War II. He returned home from the war and married Shirley Crook. Together they enjoyed nearly 70 years of marriage. Chuck also enjoyed hunting, fishing, and golfing. Chuck was an avid traveler venturing to Europe, Alaska and many other destinations. Chuck is greatly loved and will be deeply missed.

Visitation for Chuck will be Monday, September 17, from 4-8pm at the Schrader-Howell Funeral Home, 280 S. Main, Plymouth, Michigan 48170. His Funeral Service will also take place Monday, September 17, at 7pm. In lieu of flowers, memorial donations may be made to the Disabled American Veterans. Envelopes will be provided at the funeral home.
To order memorial trees or send flowers to the family in memory of Charles W. Drys, please visit our flower store.