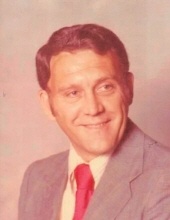 Roby, Charles Theodore (‘Ted’), Jr. 3/10/1928 – 12/6/2018 Plymouth, Michigan. Ted Roby died peacefully December 5, 2018 at age 90. He was surrounded by his children and many of his grandchildren at American House-Livonia, where he lived for the past three and half years. He was preceded in death by his loving wife of 65 years, Sallie Markham Roby. He is survived by his five children, Markham (P.V.), David (Penny), Teresa, Joanna and Christine. He is also survived by his 14 grandchildren; Hannah, Emily, Tyler, Annie, Teddy, Mica (Mark), Ben, Caroline, Amanda, Abigail, Joseph, Daniel (Jory), Jeremy and Teresa, his sister-in-law Diana Henderson and numerous nieces and nephews. Also preceding him in death were his parents, C.T. and Elizabeth Roby, his sister Barbara and her husband Bob Beckel, in-laws Bill and Hazel Markham, sister-in-law Billie Markham Bidwell and brother-in-law Jack Henderson.

Ted was born in Chicago, Illinois March 10, 1928. The family moved to Detroit where he graduated from Northwestern High School where he was captain of the baseball team and quarterback of the football team. Foregoing a football scholarship at Michigan State University (which he supported his entire life), Ted served in the Army during the period between WWII and the Korean War. Upon discharge, Ted met Sallie Markham in New Hudson, Michigan. They were married August 26, 1949. Ted went on to a long, successful career in law enforcement, serving in the Detroit Police Department from 1950 to 1976, retiring at the rank of Inspector. He then became Chief of Police in South Haven, Michigan, later working as Deputy Director for Security for the Taubman Corporation, and completing his career in the Internal Investigations unit of the National Bank of Detroit. Notably, starting in the 1950’s, Ted was a pioneer for civil rights within the community and within the ranks of the Detroit Police Department. He was a member of the NAACP for 30 years, and was the champion of living by the Golden Rule; treating everyone with dignity and respect, irrespective of their rank, status and station.

Ted was a devoted husband, father and grandfather. He exemplified the old fashioned virtues of honesty, fairness and kindness. He believed in living with honor and integrity; that a man is only as good as his word. In addition to civil rights, Ted believed strongly in women’s rights. While he would have been embarrassed to be called a feminist, he was truly that in his relationships with his wife, Sallie, his three daughters, Teri, Joanna and Christine, his granddaughters and nieces and the numerous women he mentored as they joined the ranks of law enforcement, breaking down barriers to women’s advancement in the previous old boys club.

To order memorial trees or send flowers to the family in memory of Charles "Ted" Roby, please visit our flower store.