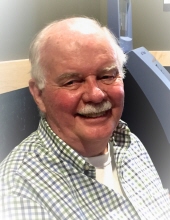 It is with profound sadness that the family of Charles Bruno Wunderlich announces his passing, surrounded by the love of family, on Saturday, August 8, 2020. Charles was a loving husband, father, and grandfather, and his life was a living example of one of his favorite Bible verses: “Believe in the Lord Jesus, and you will be saved, you and your household.” Acts 16:31.

Charles was born in September 1936, in Cleveland, Ohio, to Bruno and Ann Wunderlich. He played high school sports and was known as Chuck to friends and family. He enlisted in the Navy Reserve as a submariner and attended Michigan Technological University. In February 1959, Chuck married the love of his life, Jacqueline (now deceased), and together they had six children whom they raised in a Christian home in Redford, Michigan.

Chuck started his career at Ford Motor Company as an electrical engineer and then pursued entrepreneurship to better support his family. He became a Master Electrician and Electrical Contractor and subsequently founded Summit Electric. After much success, he was sought out for ventures in various cities to run major multi-year electrical industrial projects, including the Miami Airport and the Kansas City GM Assembly Plant. Chuck modeled an excellent work ethic, especially to his children. After retirement, his restless hands led him to partner with others for a new endeavor, to flip houses. Given Chuck’s easy demeanor and personality, he formed life-long friendships and special bonds with colleagues and anyone who knew him.

Chuck was preceded in death by his beloved wife, Jacqueline, and their cherished daughter, Jo Ann Alvarado. He is survived by his children and grandchildren: Kurt Wunderlich, Chris (Maggie) and Jacqueline and Stefan Wunderlich, Jill (Beat) and Daniel, Alexander, and Ana Kähli, Rick (Christine) and Ian and Lucas Wunderlich, Lisa (Matthew) and Nicholas Serdynski.
Despite Chuck’s self-proclamation of being a “dinosaur” who was set in his ways, he was not afraid to try new technology and was fond of texting (using plenty of emojis). Chuck loved discussing hot topics and theology, had a unique sense of humor, and it only took an eyeroll or deadpan look to get his point across. Chuck’s greatest joy in life was being a husband, father, and grandfather. Chuck was a simple, humble, and Godly man who attended church regularly and volunteered often, including going on a mission trip to Japan.

A visitation is scheduled for Friday, August 21, 2020 from 10:00 am to 12:00 pm at Schrader-Howell Funeral Home, 280 South Main Street, Plymouth, Michigan 48170. A brief service will follow shortly thereafter. The final resting place will be at Riverside Cemetery, Plymouth, Michigan. Memorial donations may be made to SEND International, https://send.org/.

In view of the current COVID-19 situation, the Visitation and Funeral Service must be kept to a maximum of ten (10) people only at a time. Please refrain from handshaking and embracing family members and one another. the Funeral Service will be live streamed for those who cannot attend and wish to view the service in a safe environment.
To order memorial trees or send flowers to the family in memory of Charles Bruno Wunderlich, please visit our flower store.