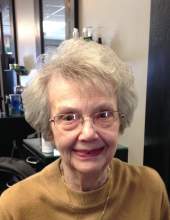 Her Funeral Mass will be Monday, February 4, at 12pm at St. Colette Catholic Church, 17600 Newburgh Road, Livonia, Michigan 48152. Bunny will be in state at Church at 11:30am. In lieu of flowers, memorial donations may be made to the Multiple Sclerosis Society of Michigan, 29777 Telegraph Rd, Ste. 1651, Southfield, MI 48034 or the Epilepsy Foundation of Michigan, 25200 Telegraph Rd, Ste. 110, Southfield, MI 48033.
To order memorial trees or send flowers to the family in memory of Bernice “Bunny” Fortier, please visit our flower store.