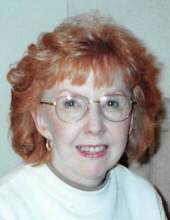 Barbara Ann McLean of Canton, MI passed away at 85 years of age on Saturday, April 4th, 2020 at St. Mary Mercy Hospital of Livonia.

Barbara is survived by her loving husband of 22 years, Kenneth McLean, whom she married on July 19th, 1997, as well as her daughter, Kathy Goedert, daughter-in-law, Rita Miller, grandsons, Eric Hensel, Alan Hensel, and Michael Goedert, and granddaughter, Kyle Goedert. Barbara will also be remembered warmly by sisters, Judith (William) Day and Veronica (William) Slogan, brother, Patrick McKeon, and her 10 nieces and nephews.

Barbara is predeceased by her parents, Alphonse and Marguerite McKeon, her husband of 19 years, Earl Ickes, and her sons, Brian Hensel and Gregg Hensel.

Barbara was born on July 23rd, 1934 in Chatham, Ontario. The family later moved to Windsor, where Barbara attended school. She immigrated to the United States in 1955 and started her beloved family. She went on to receive her Associates Degree in early childhood education from Schoolcraft College and took great joy in her job as a Preschool Teacher.

Barbara will be remembered as a compassionate and devoted wife, mother, sister, mother-in-law, grandmother, aunt, and friend who went above and beyond to show her loved ones that she cared. Barbara enjoyed reading, traveling, hosting holiday gatherings with dear relatives and spending summers up north with family and friends at her and her husband’s lake house.

Throughout her life, Barbara was a devout Catholic and regularly donated to Catholic charity organizations in the name of her late sons. It is her wish that any donations be sent to the Pope Francis Center, 438 St. Antoine, Detroit, MI 48226 or Capuchin Soup Kitchen, 1620 East Grand Blvd., Detroit, MI 48211.

Barbara is to be placed at Riverside Cemetery in Plymouth, Michigan. A Memorial Gathering of family and friends will be held at a to-be-determined future date to commemorate the life and memory of Barbara.
To order memorial trees or send flowers to the family in memory of Barbara Ann McLean, please visit our flower store.