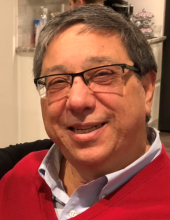 Tony was a proud graduate of Indiana University in Bloomington, Indiana with a Bachelor’s Degree in Broadcasting. His education, writing and verbal talents led him to the beginning of his broadcasting career in Iowa. He later moved on to Port Huron, Michigan to continue his career in the radio business and further sharpen his skills in both radio broadcasting on-air and behind the scenes. Each new position in his field led him to another position in preparation for radio jobs in a larger metropolitan market.

After spending some time in Port Huron, Tony moved into journalism and accepted a position as a Journalist for the Plymouth Observer Newspaper in Plymouth, Michigan. He held this position until 2010.

Later, Tony became the Plymouth Downtown Development Director. In this important position, he coordinated activity for the City of Plymouth and ensured communication was well-established between various downtown development committees. He loved and cared deeply for the Plymouth Community and played an essential role in making it a prosperous and happy place to live.

Tony then continued his love for and commitment to radio and returned to broadcasting once again. He worked at stations with various formats, such as news, talk, sports, Sirius XM Radio, WRCJ-FM, a classical/jazz station in Detroit and also had the privilege of working with Dick Purtan at WOMC, a classic hits music radio station, broadcasting news and traffic reports.

Detroit has lost one of its recognizable voices who meant so much to so many.

In lieu of flowers, memorials may be made to Evans Scholars Foundation, 2501 Patriot Blvd., Glenview, Illinois 60026 or to the Plymouth Rotary Foundation, P.O. Box 5401, Plymouth, Michigan 48170.

To order memorial trees or send flowers to the family in memory of Anthony "Tony" L. Bruscato, please visit our flower store.