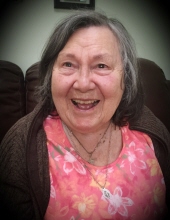 Anna married the love of her life, Daniel Fowler on March 5, 1949 and would give him back to the Lord on April 2, 2011. Together they were blessed with three loving daughters - Christine Fowler, Catherine Champion and Caren (Mike) Panizzo; proud grandmother of Chrisanna Olewnik, Damian (Todd) Craine, Cara (Eric) Spleet, Daniel (Nora) Stiver, Lindsey (Robert) Day and Eric Stiver; great-grandmother of Veronica, Mathew, Dylan, Jacob, Giuliana, Molly, Landon, Lucas and Kayden and great-great-grandmother to Madeline. Dear sister of Jacqueline (Ed) Spala and Edward Primeau. She is preceded in death by her sister-in-law, Marge Primeau, sister, Pauline Feuell, brother, Leonard Primeau and sister, Marion Primeau.

Friends may visit the Schrader-Howell Funeral Home, 280 South Main Street, Plymouth on Tuesday, May 3, 2022 from 3:00 PM until 8:00 PM. Visitation will continue on Wednesday morning from 10:00 A.M. until the time of the Funeral Service beginning at 11:00 A.M. at Plymouth First United Methodist Church, 45201 North Territorial Road, Plymouth. Interment will be at White Chapel Cemetery.


Memorials may be made in memory of Anna Christine Fowler to:
Capuchin Soup Kitchen Development Office 1820 Mount Elliott Street Detroit, MI 48207
Or to the Plymouth First United Methodist Church.


To order memorial trees or send flowers to the family in memory of Anna Christine Fowler, please visit our flower store.