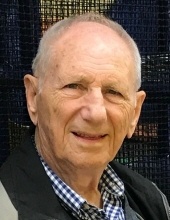 Abdulla Jakupi, age 93, of Bloomfield Township and formerly of Plymouth died May 29, 2022 in his home after a short illness. He was born in Yugoslavia (North Macedonia). Abdulla immigrated to the United States in 1967 and moved to the Detroit area in 1979. He was a farmer before coming to the U.S., and worked in the steel manufacturing industry once in the U.S. Abdulla is survived by his wife, Ifet, 3 children, Luan John (Sylvia) Jakupi, Flamur (Adelina) Jakupi, and Reko (Michel) Khouri, 5 grandchildren, Leandra (John) Scanlan, Isabella (Matt) Ancona, Valon Jakupi, Vanessa Jakupi, and Gabriel Khouri, and 2 great-grandchildren, Lucas and Addison Scanlan. He is also survived by his siblings, Medi Hasani, Garentina Myftari, and Dr. Hasan Jakupi. Abdulla was preceded in death by a son, Fuat Jakupi, and a sister Reko Jakupi.

A visitation will take place on Wednesday from 9AM to 12 noon at the Schrader-Howell Funeral Home, 280 S. Main Street, Plymouth.

A service will begin at 12 noon on Wednesday at the funeral home.


Burial will follow at Parkview Memorial Cemetery in Livonia.


To order memorial trees or send flowers to the family in memory of Abdulla Jakupi, please visit our flower store.