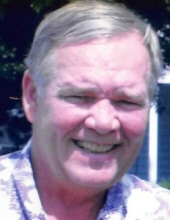 Ray was born in Pittsburgh, PA, on January 30, 1953. He was the son of the late Robert Leroy and Marjorie (Hill) Hillard. Ray graduated from High school in Granite City, IL. After high school he attended Eastern Illinois University, where he obtained a Bachelor degree in finance in 1973. He and Mandy were united in marriage on May 1, 1982 in Dearborn, MI. Ray worked for Unisys Corporation for over 20 years. He retired from Ricoh Company as a ware house manager in April 2018. Ray was an eagle scout, and he was active in Boy Scouts of America, and three fires council in St. Charles, IL. Ray and Mandy lived in St. Charles, IL, for over 26 years before retiring to Canton, MI.

Mandy and Rob would like to thank the following people for the wonderful care that Ray received during his 14 month battle with pancreatic cancer: Dr. Arlene D’Sousa and Dr. Saghir, all the oncology nurses and the rest of the team at North Western Medicine cancer center at Delnor in Geneva, IL. Dr. Mark Zalupski, PA Ashleigh Bielecki, and RN Julie at the Pancreatic Cancer Clinic University of Michigan Ann Arbor, Michigan. A special thanks to all the oncology nurses at the University of Michigan Cancer Center. The nurses and staff on the 8th oncology floor and Arbor hospice.

A Memorial Gathering will be on Saturday, March 23, at 11 A.M. with a Memorial Service to follow at 12 P.M. at the First Presbyterian Church of Plymouth, 701 Church St, Plymouth, 48170. In lieu of flowers, memorial donations may be made in Ray’s memory to Boy Scouts of America Three-Fires council St. Charles,IL. Donations.scouting.org/#/council/127/appeal/596 or send a check to: Three Fires Council in care of memorial fund 415 N. 2nd St, St. Charles, IL 60174. In memo line.. please write Ray Hillard.
To order memorial trees or send flowers to the family in memory of Raymond J. Hillard, please visit our flower store.