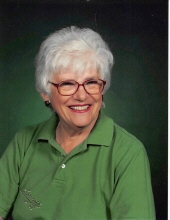 She was born in Grosse Pointe, Michigan on February 10, 1926 to her parents, Richard Arthur and Isabell (née Guthrie) Sayward. Marian is the beloved and devoted wife of the late Frank West who passed away in 1986 and, loving mother of three children – John West, Richard West and Anne West.

In 1948, Marian received her Bachelor’s Degree with a major in French and minor in Spanish and Portuguese with honors from the University of Michigan. In 1972, she returned to school and earned a Master’s Degree in Library Science and a Teaching Certificate in Secondary Education, French and Social Studies. She worked as a high school Librarian and Media Specialist from 1972 to 1988 at Plymouth Salem High School. From 1987 to 1992, she was the Reference Librarian at the Canton Public Library. From 1988 to 1992 she was the Trainer and Consultant at Follett Software.

Marian was very involved and passionate about Education and being an Educator, she was President of various professional societies and was called upon to be a Conference Presenter on multiple occasions. She had won multiple awards and honors. A highlight of her career was an award from the University of Michigan School of Information in 1996. She was a National Endowment for the Humanities Fellow at Princeton University in 1985.

She was a member of Alpha Xi Delta Sorority at U of M and was very involved in alumni activities and various vice presidential roles for the National Sorority as an alumni.

In 1947, she met the love of her life, Frank West. They met at a Theta Chi fraternity Dance and were married after graduation from U of M in 1949. They made their home in Royal Oak and later moved to Plymouth where they built a home and resided there for 25 years. After their retirement, they returned to Ann Arbor making it full circle to live right across the Huron River where Frank had proposed to Marian at the Arboretum.

In her retirement years, Marian enjoyed traveling the world. She was an avid golfer and joined a couple of golf leagues. She enjoyed music through involvement with her choral groups and Recorder Society.

Friends may visit at the First Presbyterian Church of Plymouth, 701 Church Street, Plymouth on Saturday, February 13, 2021 beginning at 2:30 P.M. until the time of the Funeral Service beginning at 3:00 P.M.

Marian will be laid to rest at Michigan Memorial Cemetery in Flat Rock, Michigan.

Those who wish to honor the memory of Marian Sayward West are invited to consider a contribution to the School of Information at the University of Michigan, 105 South State Street, Ann Arbor, Michigan 48109 and Alpha Xi Delta Foundation, 8702 Founders Road, Indianapolis, Indiana 46268.

Contribution envelopes will be available at the Church.
To order memorial trees or send flowers to the family in memory of Marian Sayward West, please visit our flower store.