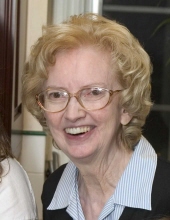 Jane Carraway Green of Northville died July 15, 2019. She was 86 years old. Jane was born in Winnfield, Louisiana to Charles and Leona (Tinsley) Carraway. Jane was the beloved wife of the late Lacey Green who died in 1991. She is survived by her two loving children Mark (Kayo) Green and Jennifer (John) Nastelin, her cherished grandchildren Zachary Green, Emily Nastelin, Rachel Nastelin, and Paul Nastelin, and her dear siblings Ferrell (Nell) Carraway and Nancy Stubbs. Jane was preceded in death by her parents and 5 of her siblings Eva Carraway, Ray Carraway, Rece Carraway, Morgan Carraway, and Rosa Bell Carraway Cutrer.

Jane was a graduate of Louisiana State University and spent her career teaching at elementary schools. She was the daughter of a minister, and was a long time member of East Brunswick Assembly of God in New Jersey. After Lacey died she moved to Baton Rouge and became a member of Hosanna First Assembly. In 2008 she moved to Michigan and began attending Northville Christian Assembly of God.

Visitation for Jane will be Saturday, July 20, from 4:00-6:30 pm at the Schrader-Howell Funeral Home, 280 S. Main St., Plymouth, MI 48170. Her Funeral Service will be Sunday at 3:00 pm at the Northville Christian Assembly of God, 41355 Six Mile Road, Northville, MI 48168, with visitation beginning at 2:00 and fellowship immediately following. In lieu of flowers, memorial donations may be made to the American Bible Society, North Independence Mall, 101 East FL8, Philadelphia, PA 19106.

To order memorial trees or send flowers to the family in memory of Jane Carraway Green, please visit our flower store.