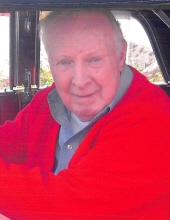 He is survived by his great-grandchildren Adeline, Oliver, Theodore and Bennett Helmus; his grandchildren Amanda (and Michael) Helmus and James Skelley; and children Terence (and Tina), Paul (and Jill) and Maureen Skelley; sisters Mary Ellen Ritter and Rita Billingsley; and numerous nephews, nieces and cousins.

He was born in Roaring Branch, PA and graduated from South Side High School, Elmira, New York in 1945 and from State University of New York, Delhi in 1951. He proudly served as a sergeant in the United States Marine Corps.

James and Shirley were married on June 11, 1955 and celebrated 36 years of marriage prior to her death in 1992. He worked as a draftsman for Darrin & Armstrong and was a long-time resident of Plymouth, MI.

His greatest joy was being a grandfather and great-grandfather.

He will be interred with his wife at St. Peter & Paul’s Cemetery in Elmira, New York.


To order memorial trees or send flowers to the family in memory of James E. Skelley, please visit our flower store.