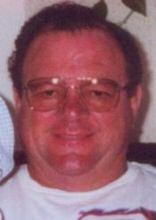 Howard E. Pelkey passed away at his home with his family beside him after a long struggle with cancer on Monday, February 6, 2012, at the age of 70. Howard was born in Ann Arbor, on July 4, 1941, the son of Raymond L. and Helen (Parmenter) Pelkey. He resided in Plymouth his entire life, and married Barbara L. Haradon in 1966. Together they shared 45 years of married life. Howard worked as an auto mechanic with Chuck's Service Center in Plymouth, with the Department of Public Works for the City of Plymouth, and finally in a part-time capacity with City Transfer. His knowledge of mechanics gave him the knowledge to restore a 1975 Monte Carlo. At one time, he raced at Flat Rock, and he enjoyed NASCAR racing going to Bristol, Phoenix and Indianapolis, among some of the tracks. He was a member of St. Peter's Evangelical Lutheran Church of Plymouth.

He is survived by his wife, Barbara, and children, Kendra (Bill) Ratliff and Blaine (Joy) Pelkey. He also leaves behind his five grandchildren, Cassie, Amanda, Cheyenne, Cierra and Tyler, and his brother, Jerald (Diane) Pelkey.

Visitation will be held at Schrader-Howell Funeral Home, 280 S. Main Street, Plymouth, on Wednesday from 2 pm until 8 pm. Funeral services will be conducted at the funeral home on Thursday, February 9, 2012, at 1 pm with Pastor Paul Schafer of St. Peter's Evangelical Lutheran Church officiating. Contributions are suggested to the Multiple Sclerosis Society or the American Cancer Society.
To order memorial trees or send flowers to the family in memory of Howard E. Pelkey, please visit our flower store.