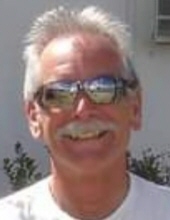 Gary A Boyajian, age 69 of Plymouth, passed away on December 10, 2021. He was born in Detroit on October 23, 1952, to the late Albert & Doris Boyajian. Survived by his loving and devoted wife of 36 years, Sandra (Vinyard). Loving father of Aaron (Duane) Boyajian, Jordan (Jess) Boyajian, Evan (Jessie) Boyajian and Logan Boyajian. Proud grandfather of Kylie and Isabelle. Dear brother of Gale Boyajian and Craig (Sally) Boyajian.

Gary was loved by all who met him and was the kind of man that many depended on. He always had kind words to say about anyone he encountered. He was very well known and deeply respected by many in his profession, the Glass and Glazing industry. Throughout his 40+ year career, he became an expert and was sought after by many for his guidance and advice. Gary enjoyed spending time riding motorcycles and participating in his motorcycle club, the Axemen, whom he did a significant amount of charity work with. He greatly enjoyed traveling with his wife, family, and friends. Their second home in Arizona was one of his favorite places to be, and hiking out in the desert with his love, a favorite pastime of his. When it came to his family, the most important thing to Gary was spending time with them. As a husband, he was deeply devoted to his loving wife Sandra, and they took great care of each other during their 36 years of marriage. As a father and grandfather, he was incredibly involved in their activities and was always there for them. He also was the president of both homeowners’ associations that he belonged to at his time of passing. Gary touched so many lives in his 69 years and will be sorely missed by all who knew and loved him.

A memorial gathering will take place on Saturday, December 18th from 4;00pm-9:00pm at the Schrader-Howell Funeral Home 280 South Main Street, Plymouth. A celebration of life event will be held in the Spring/Summer of 2022. In lieu of flowers, the family requests donations be made to The Gary Sinise Foundation, P. O. Box 368, Woodland Hills, California 91365 or St. Jude Children’s Research Hospital, 501 St. Jude Place, Memphis, Tennessee 38105 or any charity of your choosing.

To order memorial trees or send flowers to the family in memory of Gary A Boyajian, please visit our flower store.