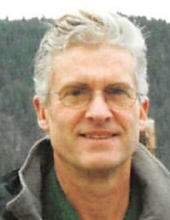 Fred Smith, age 78 of Plymouth and co-owner of S & W Hardware passed away on July 4, 2019. Born in Plymouth on April 3, 1941 to parents Warren & Ruby Smith. Fred served in the United States Air Force after graduating from Plymouth High School in 1959. From the time as a young boy, Fred loved the outdoors, he enjoyed riding horses on the Michigan Trails to deer hunting every fall with his brothers. On his farm in Salem Township, Fred always kept and bred horses and was a longtime member of the Michigan Trail Riders Association. Every year he would ride across the state of Michigan from coast to coast along the Michigan trails. Another pastime was scuba diving, Fred was able to scuba dive all around the world and even became a scuba instructor. Fred will be remembered by the thousands of customers he helped over the span of several decades at S & W Hardware.

A visitation will be held at the Schrader-Howell Funeral Home on Wednesday, July 10th from 2:00pm until time of his funeral service at 7:00pm.

To order memorial trees or send flowers to the family in memory of Fred Smith, please visit our flower store.