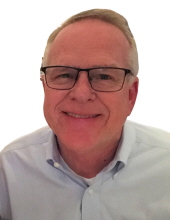 Daniel Charles Wellman, of Livonia, Michigan, passed away at the age of 66 on November 12th, 2021 after a short but valiant battle with lung cancer.

Born in Northville and raised in Plymouth, Dan graduated from Eastern Michigan University in 1981. He enjoyed a successful 30+ year career working in the field of welding supplies with Obara USA. As the company grew, so did Dan’s role. He rose to the position of Vice President of Sales & Marketing, which saw him traveling around the United States and the world, including managing the company's operations in Brazil.

As he began his college career, Dan was awarded a scholarship by the American Welding Society. He never forgot the important role the scholarship played in his life and joined the AWS in 1982. In 2008, he became a member of the executive committee of the AWS Detroit Section. It was then that he committed to helping however he could to raise money for student scholarships so that others, like himself, would have the assistance to continue their education.

From 2008 on, Dan took on various roles on the executive committee, including Chair (2014-2015). His AWS peers recognized Dan on numerous occasions, both for his contributions to the industry, and the organization. These awards include:

Dan’s other interests included supporting the Friends of the Rouge and their work to restore, protect, and enhance the Rouge River watershed. Most recently he was thrilled to become an “Ambassador” at his favorite golf course, The Rouge Park Golf Course in Detroit.

Dan’s kindness and compassion will be his legacy. He never shied away from helping others. Dan was the kind of person we all hope we could be.

In lieu of flowers, Dan requested that donations be made to any of these organizations. He passionately believed in their missions.