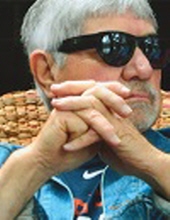 Robert Lloyd Crawley, 76, of Ypsilanti, Michigan, died Saturday, August 3, 2019 peacefully at his home. Bob was born and raised in Clinton, Illinois to Sarah Mae and Clement Crawley. He was the middle child of three boys. In his early years, Bob was often found building hot rods and racing cars. He was president of the local hot rod club. His 1955 Chevy was his pride and joy.

In his early years, Bob rode his bike delivering newspapers, he worked in a clothing store and walked beans in the Illinois fields. Bob’s career began as an engineer working for Eureka Vacuums. A position at Ford launched his family’s move to Plymouth, Michigan in the 70s. Throughout his work life, he also worked at Massey Ferguson and Owens Corning. He even has a patent for a part he designed. During this time, he attended University of Michigan, completing his Bachelor of Science and Masters degrees at Eastern Michigan University.

Bob met his wife, Susan, in the 80s. Susan has two children and three grandchildren living in Michigan and Virginia. Bob loved to travel. He and Susan often stayed in Bed and Breakfasts across Europe where they got the inspiration to open their own home in Ypsilanti as a bed and breakfast.

Bob could never sit still. After retirement, you would find Bob at many of the local Ann Arbor restaurants fixing anything he could find...working in exchange for fine wine and dining.

Bob was a wealth of knowledge, always challenging someone with his own version of Trivia Pursuit. It didn’t matter if you didn’t want to know the answer, he was playing anyways.

Trains, along with hot rods, were Bob’s passion. As a child he would go to the roundhouse in Clinton to watch the Illinois Central engines. His grandchildren called him Choo Choo Pa because of this love for trains.

Bob had a passion for animals, especially cats. He was Ypsi’s stray cat feeder, adopting two strays into his home.

Bob’s Celebration of Life will be held at Schrader-Howell Funeral Home in Plymouth with visitation on Thursday, August 8 from 5-9pm with a service Friday morning at 11am and luncheon to follow at Stella’s Trackside.

To order memorial trees or send flowers to the family in memory of Bob Crawley, please visit our flower store.